On December 16, 1990, in the last breath of the former dictatorial regime and the very first steps of the establishment of democracy, the Forum for the Protection of Human Rights and Freedoms was created.

In 1993, the Forum was admitted as a member of the International Helsinki Federation, based in Vienna, and since then was called the Albanian Helsinki Committee (AHC). As a sign of our profound gratitude, we wish to highlight the initiative and dedication of that group of intellectuals who, at an important historic moment for the country, created one of the most proactive organizations in the field of citizens’ rights and freedoms. Some of these intellectuals unfortunately are no longer among us today, but their contribution, expertise, and support for the organization remain significant fundamental rocks.

Today, on this anniversary, it is worth mentioning the first public reaction of the organization for the immediate release of those convicted and interned because of their conscience, followed later (in 1991) with the decision of the Assembly on their innocence and rehabilitation. Since that day, press announcements and statements have been an important form of our activity, on issues highlighting significant violations that required reflection from state bodies or their intervention to resolve respective issues.

It was not easy to establish the new democratic institutions and the new legislation they would be built upon. AHC engaged powerfully in this debate and, in particular, the discussion of the provisions of the law on human rights that was approved in 1993 and, later, in preparations for the drafting of the Constitution of 1998.

From the start, AHC had external, credible donors with integrity who sought to consolidate the new democratic institutions in Albania, among others, also through respect for citizens’ rights and freedoms. On the occasion of this anniversary, AHC feels an obligation to express to them respect, gratitude, and special thanks.

On this special day, AHC wishes to express sincere gratitude and thanks for the President and members through the years of AHC’s Assembly, the highest and sole decision-making body of the organization, for the executive staff through the years, which though in limited numbers, made maximal efforts to respond to the numerous challenges for human rights and the rule of law in the country, our network of correspondents who worked mostly voluntarily to convey the voice and mission of the organization to cities and rural areas, the network of young activists, observers, consultants, and external collaborators, without whom our mission would be almost impossible. Therefore, it is necessary and justified to express to them our special thanks and respect for their valuable contributions.

The main focus of AHC has been and remains contact with people of different strata, particularly those in need, listening to them, following up, intervening with institutions and, when necessary, resolving citizens’ requests and complaints. Experience has shown that precisely this AHC engagement has increased citizens’ trust in it. AHC has not hesitated to be the protector or representative of the person whose rights were violated in laws and in the country’s prosecution offices and courts, going as far as the Constitutional Court and the European Court of Human Rights (Strasbourg).

AHC has expressed opinions, provided reservations and suggestions to improve a considerable number of draft laws, without hesitating to make its opinion known publicly also for violations of a constitutional nature.

In keeping with its mission, AHC has offered its modest contribution to the fight against corruption and impunity, as well as the prevention of criminality through raising the awareness of citizens about laws and denouncing criminal offenses but also through monitoring the activity of independent institutions in this area and monitoring the country’s criminal justice system.

AHC engaged to raise public awareness to better understand approved legislation on one of the most important reforms being implemented in the country, that in the justice system and, at the same time, monitored and offered its constructive critique to the new justice institutions with the aim of implementation of this legislation in practice according to the required standards.

AHC has conducted continued monitoring on respect for the rights of citizens in pre-trial detention facilities and convicted in the penitentiary system. On the basis of its interventions and recommendations, there have been cases when relevant measures have been taken to reinstate violated rights while criticism is not always accepted by institutions in the penitentiary system. the same methodology and concerns have been noticed in our monitoring activity in police commissariats where accompanied, detained, or arrested citizens are held.

Periodical general or local elections have been and remain one of the important pillars of the activity of AHC, which has offered suggestions and recommendations continuously for further improvement of electoral legislation. This contribution has also been conditioned by the manner and extent of implementation by relevant bodies of the principle of inclusivity, effective consultation, and transparency. Election monitoring, though relatively limited, has been of high quality and has been based on the principles of professionalism, objectiveness, and impartiality of observers.

AHC has continuously appreciated the role and contribution of other civil society organizations with which it has collaborated and continues to collaborate in different awareness, lobbying, and advocacy activities, research studies or reports, and joint reactions of a public character.

Our mission and journey continue because issues of human rights and freedoms in the country remain complex and many vulnerable groups face different kinds of these rights and freedoms and live in difficult social-economic conditions. One of the key problems remains implementation of legislation in practice  by public bodies, particularly of International Conventions in the field of human rights, which our country adheres to, making them part of domestic legislation. 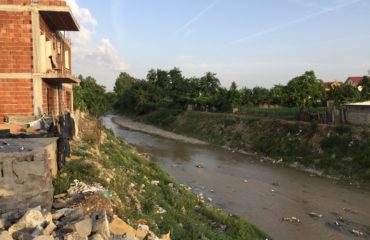 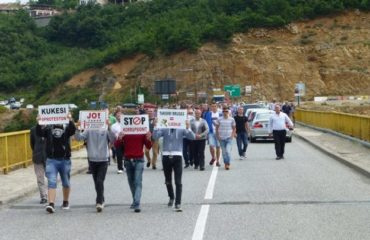