The Albanian Helsinki Committee (AHC) is representing in a judicial way the case of a convicted citizen, F.Z., who is not undergoing surgery on nerve damage caused in his leg as a result of the break of the metal pad during the execution of the imprisonment sentence. By decision no. 1/154, dated 10.03.2015, of the Kruja Judicial District Court, inhuman and degrading treatment of this citizen was observed and the conduct of a surgery was ordered.

Although the judicial decision is final and has been issued for immediate execution, the General Directory of Prisons, the Institution for the Execution of Penal Decisions in Kruja, as well as Public Institutions for the provision of Health Care Services have not undertaken the necessary measures for its implementation. This intervention has yet to be made possible because it is deemed to be complex and requires an extensive range of equipment and tools, which the state does not possess completely.

The Strasbourg Court, on 26.08.2016, accepted the AHC Petition for Undertaking a Temporary Measure and ordered Albanian state authorities to urgently secure for the petitioner represented by AHC the required medical treatment (surgery), as the Kruja Judicial District Court had decided already. Nevertheless, this judicial decision has not been executed yet by the responsible state authorities.

In July 2016, AHC addressed the Constitutional Court with a Petition to request that it state the violation of the right to due legal process as a result of failure to implement a final judicial decision.

On 30.12.2016, the Constitutional Court announced Decision no. 89, by which it decided to admit the request and to state the violation of the constitutional right to due legal process as a result of failure to execute the final judicial ruling no. 1/154, dated 10.03.2015, of the Kruja Judicial District Court. According to the Constitutional Court, “Even after the undertaking of a temporary measure by the ECtHR and the request to present written comments to subjects interested in this adjudication, the responsible institutions provided no information on whether the necessary medical materials have been found and whether the conclusion of medical doctors that the leg may not resume normal functions has to do with the lack thereof or the type of observed health problem.”

AHC will continue to pursue this case in order to fully realize the rights recognized by law for the citizen convicted to imprisonment. AHC thanks the Open Society Foundation for Albania (OSFA) for the support provided for the legal representation of this case. 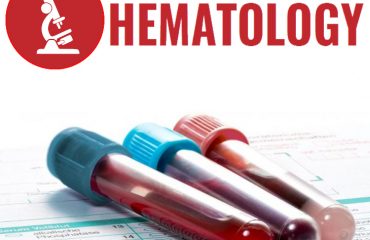