The pages of daily newspaper “Shqiptarja.com” during August of this year have featured data about the assets of those subjects that, pursuant to law no. 9049, dated 10.06.2003 “On the declaration and audit of assets, financial liabilities of elected officials and some public servants (amended),” are obliged to declare their assets. The Albanian Helsinki Committee appreciates the important mission of the media to obtain information and convey it to the general public, particularly on matters that are of special public interest.

These publications, in fact, have drawn the attention of AHC too, as a non-governmental organization operating in the field of protection of citizens’ rights and that strives for enforcement of the law. However, as an independent and impartial organization, AHC does not prejudice any subject or data declared with regard to the assets possessed by the different subjects.

Pursuant to its mission, AHC appreciates the continued contact that it has with citizens of different strata who have expressed concern about some data on declared assets, featuring major amounts, extensive reach and different kinds. AHC views this concern as just and legitimate. This is the interest of Albanian taxpayers who want and intend for senior officials and functionaries, the representatives they have elected and all other subjects envisaged by the above law, to create their assets only on the basis of legitimate and justified incomes and to be impeccable.

It is the opinion of AHC that publication in the media has to do with access to information, while in this concrete case, the main problem would be the result of audits and verifications carried out by the competent body. We have in mind here cases when such audits have been conducted and have been concluded. We emphasize this because data published in the majority of cases belong to several years and not the recent year or months.

Referring to articles 31 and 40 of law no 9049, dated 10.06.2003, amended, AHC is of the opinion that it would not be a state secret and it would not violate the law on access to information and personal data protection for audited and verified cases to be made public.  The public should be informed about which subjects filed disclosure statements in violation of the law and who do not justify the declared assets, i.e. their sources.

It is AHC’s opinion that it is the right of citizens and the obligation of relevant bodies to inform the public also on issues such as: whether measures of an administrative character have been undertaken and whether there have been cases of referrals for criminal prosecution. This would fulfill successfully the legal requirement of preventive effects.

FAILURE TO RESPECT LEGAL DEADLINES OF THE ELECTORAL CODE 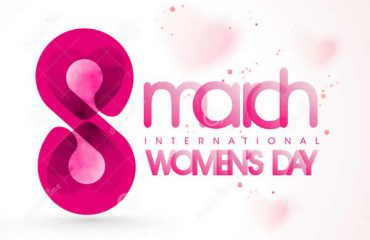 In support of the U.S. State Department Report and for greater transparency for the public in the implementation of justice reform