Toward a Greater Intercultural, Interfaith and Interreligious Cooperation in Western Balkans

Sub-Project of the Project “Strengthening the unification of civil society in the OSCE region:
Advancing the protection of human rights – Expanding impact, sustainability and resilience “.

Financially supported by: DRA, Civic Solidarity Platform and the Federal Foreign Office of the Federal Republic of Germany.

Specific objectives of the project consist in:

a) Raising awareness among youth in the region concerning religious tolerance and interfaith cooperation for building resilient societies and a greater social cohesion in the Western Balkans.

During the implementation of this project, AHC has fulfilled the statistical results as below mentioned:

a) 1 online webinar conducted with the participation of the representatives of religious communities in Albania, partner organizations of the region and about 70 young people from the region.

b) 1 Media/Communication Expert selected with the aim of preparing the methodology used during the online awareness campaign.

c) 1 expert contracted with the aim of creating and editing video intended for online distribution.

d) 2 translators engaged to translate the video provided from the youth’ representatives of the prominent CSOs actived in Serbia and North Macedonia.

e) Production and distribution of 1 video to raise public awareness, which involved 6 young people from the Western Balkans (Albania, Kosovo, Montenegro, Bosnia and Herzegovina, Northern Macedonia and Serbia), who shared their ideas in favor of religious tolerance in the region.

h) 35 young people from 6 countries of the region participated in the summer school.

i) 2 national and 2 international experts engaged as traineers and mentors during the summer school’ session.

j) 2 facilitators engaged, with the aim of supporting the participants and training them to product poadcasts and videos.

tolerance, a legacy to be celebrated”.

l) Creation, editing and online distribution of 4 podcasts on the topic of interfaith tolerance and the promotion of coexistence between religions in Albania.

m) 2 representatives of the religious communities in Albania involved in the interviews with the participants at the summer school, in order to promote the successful example of religious coexistence in Albania.

n) A High Level Regional Conference is planned to be held with the participation of representatives of religious communities, academics, politicians, civil society organizations, youth and the media in September-October 2021. 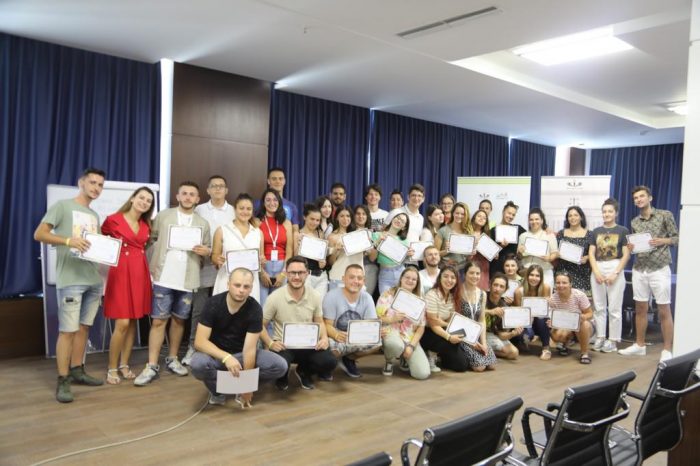