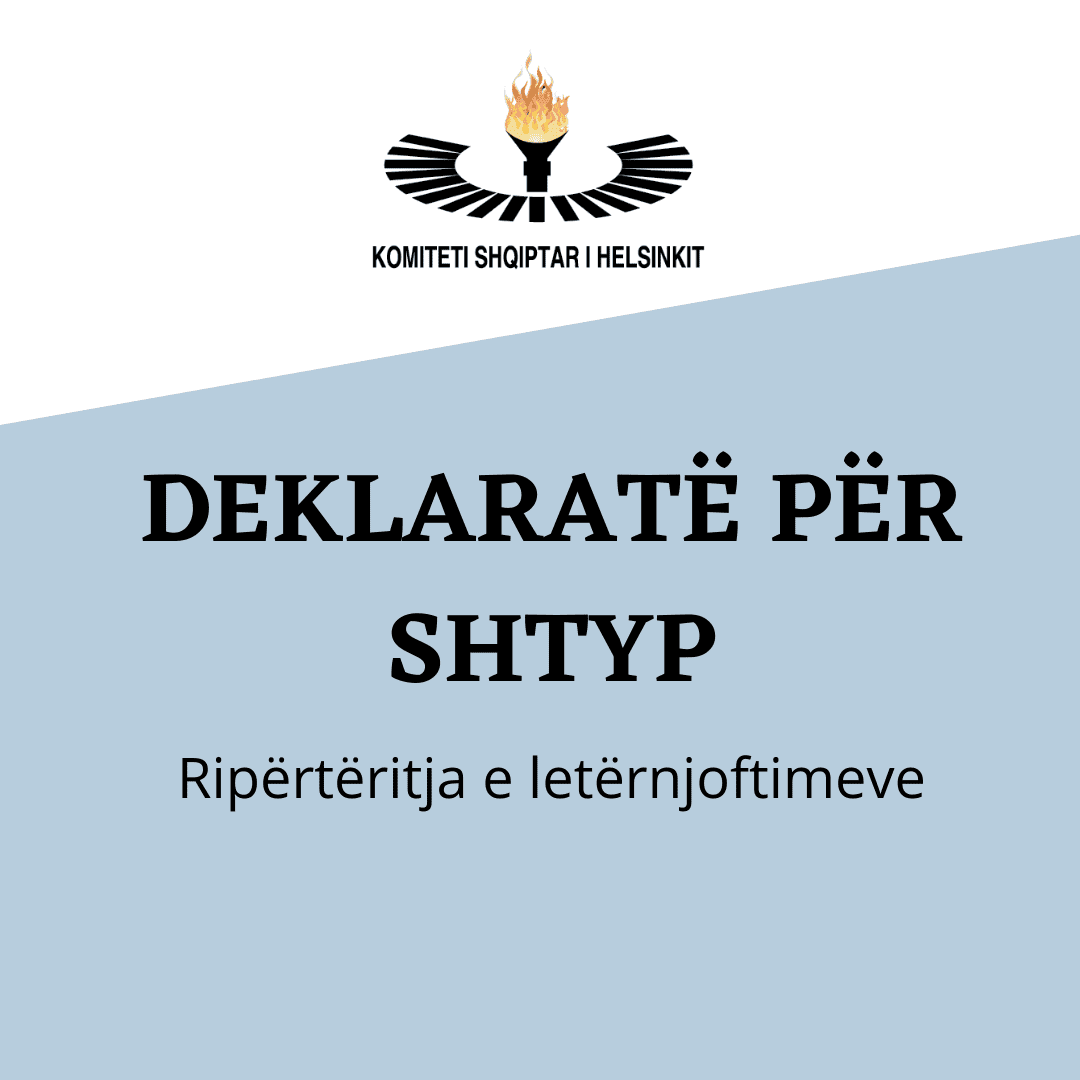 CONSIDER THE POSSIBILITY OF EXTENDING THE VALIDITY OF VOTERS’ ID CARDS

The media has reported several times that a considerable number of Albanian citizens, although the validity of their identification cards has expired, have not sought to renew them.

TheAlbanian Helsinki Committee (AHC) does not possess official data on what the number of Albanian citizens without an ID card or those whose validity of ID cards has expired and have not been equipped with a new card. However, there have been cases when police structures have accompanied individuals to police commissariats for not having a document to prove their identity, just as there have been cases when people hospitalized have not had a passport or an identification card with them, etc.

The Constitution guarantees citizens the right to vote when they turn eighteen years old, even if they turn 18 on election day. However, according to article 105 of the Electoral Code, the voter should present to the VCC one of the valid official identification documents: identification card or passport. The number of citizens equipped with a passport, as is known, is lower than the number of people equipped with an ID card, for different reasons, such as the fee or the fact that not all citizens can travel outside the territory of the country.

AHC deemed it necessary to make a public pronouncement on this issue because we are less than three months away from the parliamentary elections of April 25, 2021.

In past elections, AHC observers have signaled that the lack of identification cards, especially among vulnerable groups of society or those without economic means, has been one of the forms that electoral subjects have misused in order to carry out vote buying or selling, paying the fees to apply for cards and therefore making it possible to equip these citizens with ID cards.

Per the above, AHC considers that if the competent bodies deem that the pace of renovation of identification cards and, as a result, the number of citizens (voters) who may not be equipped with an identification card until the day of elections will be relatively large, we would suggest that the deadline for renewing identification cards whose validity has expired, is extended until after April 25, 2021. This would enable a broader participation of citizens in exercising their constitutional right to vote in the coming parliamentary elections.

The isolated, especially children, require the intervention of the state