Civil society expresses its concern about the process of approval by the Assembly of Albania of ten draft laws linked with the justice reform package. The Assembly approved in its latest plenary session ten draft laws, in violation of procedures according to articles 26, 27, and 28 of the of the Assembly Rules of Procedure, for the conduct of plenary sessions and meetings of parliamentary committees, which are conducted according to a work program approved by the Conference of Chairmen.

Yesterday, with the proposal of the Socialist Party Parliamentary Group Chair, the Assembly decided to include in the plenary’s agenda the discussion and approval of ten draft laws that bring about 154 amendments and additions to the Criminal Code, the Criminal and Civil Procedure Codes, the material laws of the Constitutional Court and the Prosecution Office, the laws for the organization of the judicial system and new institutions against corruption and organized crime.

Civil society expresses the concern that the process pursued for the review and approval of these draft laws creates a negative precedent because it goes against the Constitution of the Republic of Albania and the Assembly’s Rules of Procedure.

Article 83, paragraph 3 of the Constitution of the Republic of Albania prohibits the application of the accelerated procedure in reviewing draft laws that require a qualified majority of all members of the Assembly for approval.

Furthermore, the entire procedure pursued by the Committee of Laws until the approval of these draft laws in the plenary session was conducted in the absence of transparency with the public and consultation with all bodies of the justice system and civil society, as well as in circumstances of urgency, in less than 30 days from the submission to the Assembly on February 25, 2021. The absence of an inclusive consultation process creates an environment of mistrust toward this package of legal amendments to justice reform.

The history of frequent amendments to legislation, approved with urgency, has created to no shortage of problems, especially with regard to their long-term sustainability.

Civil society has expressed for a long time the need for a complete and careful analysis of the progress of justice reform, now that it has been four years since its approval. Our goal has been and remains the encouragement of quality and fast development of the justice system, increasing the efficiency of the judicial system and citizens’ access.

Any initiative undertaken toward this goal should be in accordance with the proper standards of lawmaking processes, in transparency and full consultation, in order to guarantee the increased trust of the public in the justice system. 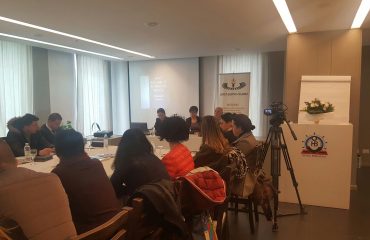