According to media reports, the prosecutor’s office has initiated criminal proceedings on the judge who issued the “Protection Order” in favor of citizen Liljana Rukaj who was murdered by her husband.

First of all, AHC expresses its sincere condolences to the family members and relatives of the victim for such a painful and tragic murder and suggests to criminal prosecution bodies a fast, comprehensive and objective investigation, highlighting especially the motives and circumstances of the incident as well as the possibilities that existed for the prevention of such a grave crime.

AHC notes that the court did not implement article 5 of the Law no. 9669, dated 18.12.2006 “On measures against domestic violence,” which among other things states that the court, within 24 hours after the issuance of the protection order through a decision, sends a copy to the police commissariat in the region where the victim and other persons mentioned in the judicial decision have their permanent or temporary place of residence.

Besides, according to article 7, item 5 of the Law No. 10494, dated 22.12.2011 “On the electronic supervision of persons whose liberty is limited by judicial decision,” the court may decide to impose the ES (Electronic Supervision) even without the consent of the violating person, when the court deems that this is indispensable and the violator poses a threat and when there is reasonable suspicion that is based on evidence.

Although this suspicion existed in the concrete case, the above provision should have been implemented. Decision No. 406, dated 18.06.2014 of the Council of Ministers, in these cases electronic supervision of persons whose liberty is limited through judicial decision extends throughout the territory of the Republic, in other words, also in Fier where the incident happened. 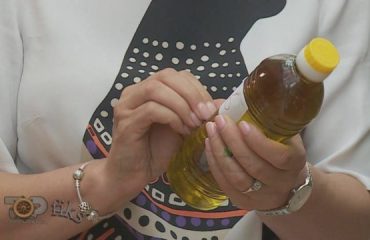