The Albanian Helsinki Committee (AHC), spurred by the information provided in newspaper “Panorama” of September 11, 2017, headline “The isolated child is not given the ‘besa’ to receive education in the village,” which talks about 24 children isolated in the District of Shkodra (for 15 of which plans are to provide education at home), deems it necessary to express publicly its position that this is a very disturbing phenomenon that requires the state’s positive intervention.

AHC appreciates the work in this regard of the relevant association for the reconciliation of blood feuds, but considers it intolerable and with harmful consequences the underestimation of this phenomenon by state bodies. In spite of the organization of meetings where there have been debates on this problem and some measures have been suggested, practice has proven that they have not been effective also due to the lack of continuity.

AHC does not view it as a solution that children are provided education in their homes. Such a status quo that could lead to self-satisfaction would run against the principle of the prevalence of the law and the consolidation of the rule of law. Free movement of our citizens in EU member countries is an important and deserved achievement. But, it is negative and unjustifiable that, while we are awaiting the opening of accession negotiations for EU membership, there are still citizens, including children, who are deprived of the right to move outside their homes.

It is also striking that a relatively small number of Albanian citizens (partially with falsified documents) have sought political asylum in some EU countries claiming that their lives are at risk for motives of blood feuds.

In this instance, AHC deems it necessary to recall the consistent stance of the ECtHR, regarding the respect for human rights sanctioned in the ECHR.

It says: “The positive obligation of the state is to undertake necessary and appropriate measures for the protection of individual’s rights,” that “the state should be accountable for all violations of the rights and freedoms of individuals under its jurisdiction,” that “the state is obliged to take measures to protect the individual whose life is threatened by the criminal actions of other individuals,” that “any potential threat forces authorities, on the basis of the Convention, to undertake measures for its realization.”

As is known, the implementation of ECtHR decisions is compulsory also for our country. AHC suggests to state bodies to undertake the relevant and coordinated measures to put an end to this phenomenon any person who “in the name of the Kanun” continues to threaten men, women and children forcing them into isolation should be accountable before the law.
Our laws arecontemporary. In certain circumstances and conditions, they do work also through their harshness 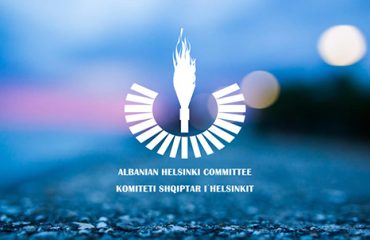 Press Statement – Tragic Event in Kavajë Commissariat Could Have Been Prevented