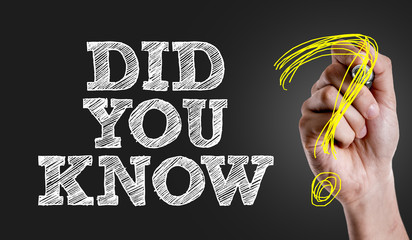 What went wrong with the process of Vetting in Serbia?

Vetting as a whole represents a number of laws and regulations that together solve matters of security and injustice. To specify, in order to have a fair-working process, we need laws on Classified Information, laws on police, laws on military intelligence agency and laws such as the ones combating organized crime and corruption. IF this set of laws is ideally regulated, vetting should be a well-functioning process. Knowing that the process offers many loopholes, it gives the idea that not only in the procedural perspective, but also regulatory, the process is legally invisible 1. Vetting has to offer security for the people. Nevertheless with this visible loophole it does the opposite: it compromises it. Many questions are raised connected to the gathered data, to the targets of the procedure, if they are informed or not, how they are informed.

For a long time the legislation about Vetting in Serbia did not provide a legislative framework that included all important adoptions. With the initiative of CEAS there was the need and suggestion to add legal definitions, procedure details, notions about data and the involved parties, the deadlines for submissions, what the purpose of the law itself is and which would be the final legal consequences for the so-called target. There was a vivid law 1 Vetting, analyse of the Euro-Atlantic regulating    the    process    of    security    of    public    authorities.

Questionable was how to do the same with private security officers. In their case, the officers need a special permission to get access to the performance of security activities. The situation became problematic in the moment 292 tanks and more than 1000 guns were sold by the Serbian army itself. On the other side we would have to find the buyers who will get possession of the objects. They would  need to get a special license or permission from the Serbian ministries to make sure that the conditions are fulfilled and that there is no risk presented by potential buyer to misuse the  objects. For  the  question  of who would be  the responsible to carry out the process and what information would be gathered there is still no specific answer. There is still no existing legal framework that could help us get to a conclusion.

How fair were the proceedings in Serbia?

According to the report submitted about the progress of proceedings of SPC, there was a lack of argumentation given to the non-elected public prosecutors. Many of them were left with no decent reason on why they could not hold office. Furthermore, when it comes to one of the conditions of vetting, the professionalism, there was again a lack of documents to show that the candidates were not “professional” enough to be on charge of their duty. Many of the decisions that were given were justified with the idea that there were only a certain number of positions. At the end, the candidates fulfilled the needed conditions to get their positions but their claims were not heard from the court.

In this case, we can affirm that there have been various violations specifically in four orientations. Starting with immediacy in the procedural meaning it was affirmed that there was not even one single session held. However there were various interviews held by representatives of the institutions. To add on, the parties were also not notified about the sessions and also were not given any information about the duration. Fairness and prohibition were also violated in the sense that some of the data which was collected was not a subject to the intention of the process. By all means, for the sake of the process this data was absolutely not required and needed. What is also surprising is the fact that the representatives were told that the sessions would not be public even though the rules say that they are. Lastly the principle et altera pars is also violated due to the fact that many of the representatives were not notified to attend and as such they could not pronounce on what was brought to court by the other party.

As for the requirements in order for the candidates to hold office: efficiency, qualifications, competence and  integrity, their fulfillment was satisfying. The only case to find deficiencies was efficiency. As said before, Vetting could be seen also in a negati ve perspective when this word could also be seen if one is not seeking for the supporting attributes rather for the factors that could possibly cause the elimination of one of the before-mentioned persons. For this reason we could come to the conclusion that SPC was mostly looking for the data that would cause harm to the candidate and make it harder for them to fulfill the conditions. There was as well no support given to the candidates in order to prove the opposite by presenting the evidence that could improve their situations. SPC decided already on 126 cases of non-elected prosecutors from which 115 were rejected. Knowing this, SPC could not justify the decision for 115 candidates based only on the presumption that the Vetting requirements are not fulfilled and also not giving them a chance to support their defense by giving evidence. This means, SPC was not actually paying attention to the decisions that were taken by the candidates, rather than the candidate himself.

The origin of “Vetting“:

When did we start vetting our politicians?

When talking about vetting as a verb used in the field of animal health, we state back in the late 17th century. Heading back to this time we can find a very continuous use of this word specifically when it came to horse races. In order to verify if a horse is ready to take part in a race, the animal itself was taken to the respective doctor Veterinarian in order to be vetted. Years after, in the beginnings of the 19th century this term was used as a synonym of evaluating something or someone. Initially it was mostly used in the field of military service but with time the term was often used in the journalistic perspective when articles were vetted before being published2. Nowadays however, the usage of this word can be seen in two different perspectives. Not only politicians, also institutions or persons of the judicial area can be vetted. In the first perspective we realize that Vetting in the legal perspective serves most  importantly  the  idea  of determining specific rules for the   determining  specific  rules  for  thetransitional re-evaluation of all assesses, in order to re-establish the properfunction of rule of law and true independence of the judicial system, as well as the public trust and confidence in these institutions as given in Article 1 of the Vetting Law. Assesses in this context presents all persons that will be re-evaluated according to Article.179b of the Constitution. Secondly and most commonly this word could also be seen in the negative perspective if one is not seeking for the supporting attributes rather for the factors that could possibly cause the elimination of one of the before-mentioned persons

How did other countries regulate the legal framework of “Vetting”?

The common solution to this problem has been most of the times the creation of a legal umbrella. As in the case of Finland, the process found its heart in 2002 with a single document answering questions to basic procedures about security checks. Not only the state can be the one determining a vetting process, also the public/private companies can request a security check. Germany has made legal specifications for natural people and public authorities. The jurisdictional differences are various between them. Croatia has also followed the example of creating a legal framework for all legal entities and natural persons. One characteristic is the separation of security vetting in three different levels. Firstly we can find security vetting for access to classified information. Secondly, there is the basic security vetting and lastly security vetting for the protection of protected persons and facilities.