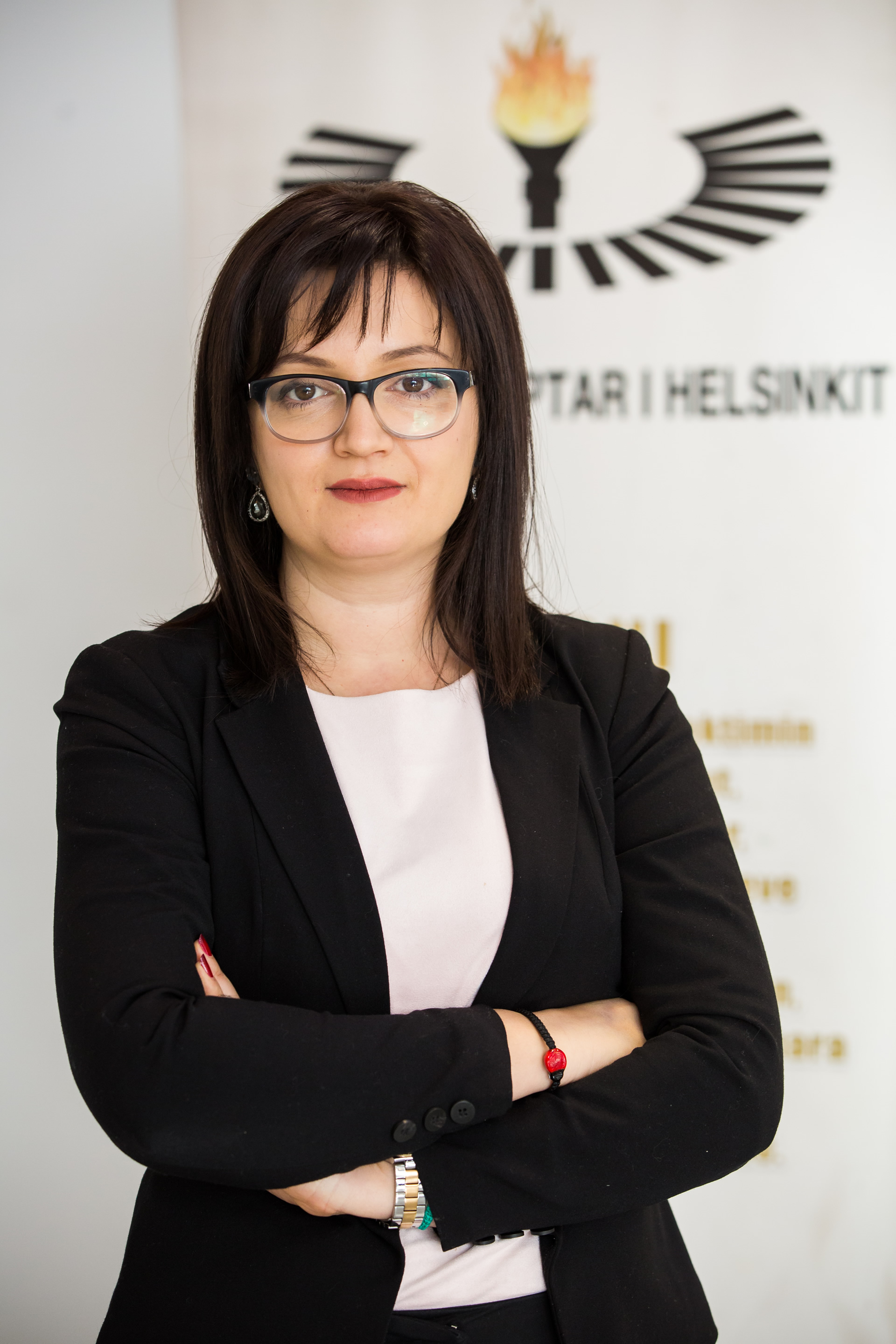 She was appointed to the position of “Executive Director” by the Assembly of the Albanian Helsinki Committee in February 2016. She graduated in 2006 with the title “Jurist” and in 2011 with the title “Master of Science in Criminal Science” at the Faculty of Law, University of Tirana.

After completing the university studies, her engagement in human rights field began with a one year of internship at the Ministry of Foreign Affairs, Office of the Legal Representative of Albania to international organizations (ECHR, CPT, ECRI, etc).

On 2008 was licensed as a Lawyer and in the same year joined the staff of the Albanian Helsinki Committee, as a lawyer and advocate for the provision of legal services and increased access of citizens to judicial protection from discrimination of vulnerable groups, monitoring the institutions of the criminal justice system and elections, etc. In 2014 she was named “Lawyer Advisor”, part of the civil service of the Albanian Parliament, being engaged in assisting the Committee on Legal Affairs, Public Administration and Human Rights to review the draft laws on issues of their compatibility with the Constitution and international acts and aspects of the legislative technique.

Author and co-author in the preparation of certain number of publications, research studies, reports and articles in legal journals in the field of human rights, justice and judiciary institutions, corruption and impunity, concerning immunity and referendums, etc.