The Albanian Helsinki Committee (AHC) expresses its appreciation for the positive work of the CEC pursuant to the Electoral Code. The Central Election Commission (CEC) has worked intensively and is seriously engaged to resolve some important problems.

Nevertheless, we express our concern that based not only on information from the Albanian Helsinki Committee, but also based on signals and other sources, information has been made public about various violations by members Voting Center Commissions and cases of violations of electoral silence by political party representatives or VC commissioners or observers of electoral subjects have been reported. AHC considers that the CEC should have reacted based on the competences granted to it by the Electoral Code. For instance, if electoral silence, envisaged in article 77 of the Electoral Code, is not respected, article 174 of the Electoral Code that envisages the issuance of sanctions by fine for violating the electoral silence should have been applied.

Besides, AHC has informed the CEC about some obstacles to our observers by some second and third-level commissioners (VCCs and ZEACs). In fact, some hours ago, one of our observers was warned by the ZEAC chair to not be present in the process of the end of voting, etc. Similar obstacles have also been reported by AHC observers during the first half of the day, with them being pressured that they would be ousted from the voting centers. Such obstacles were displayed when the observers actively exercised the right recognized by the Code to present written remarks. We hereby clarify that these written remarks by AHC observers were submitted when they found violations of the Electoral Code by VCC members or secretary.

It is precisely the above reasons that AHC, in the context of transparency and information for the public, suggests to the CEC to be proactive and make publicly known its position and measures taken pursuant to law. This would contribute to proper implementation of electoral legislation on this important day for the country and would increase accountability and transparency of all electoral administration bodies at the local level. 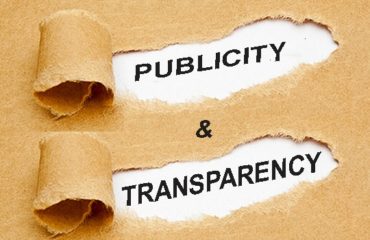