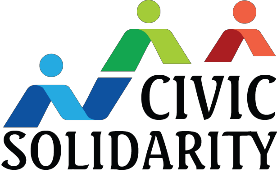 We, members of the Civic Solidarity Platform1, strongly condemn a violent attack in Sofia against Krassimir Kanev, one of the most prominent human right defenders in Europe and the chair of the Bulgarian Helsinki Committee (BHC). BHC is the largest human rights organisation in Bulgaria and a member of our network. We express our solidarity with Krassimir and members of Bulgarian human rights community.

Members of BHC have been repeatedly harassed and threatened in the past because of their human rights work. However, the attack on Krassimir Kanev is the first case of direct physical violence.

The inability and/or unwillingness of the Bulgarian authorities to take a clear and uncompromising regarding manifestations of intolerance, hate speech and hate-motivated violence and effectively investigate hate crimes has created an atmosphere of impunity where a violent attack against a prominent human rights defender has become possible.

We, as human rights NGOs working across Europe, Asia and North America and as members of the Civic Solidarity Platform, call upon the Bulgarian authorities to take immediate action to identify the perpetrators of the attack against Krassimir Kanev and its masterminds. They must use all necessary means for a swift and effective investigation of the crime in order to bring the culprits to justice.

Signed by the following members of the Civic Solidarity Platform:

Center for the Development of Democracy and Human Rights (Russia)

Kazakhstan International Bureau for Human Rights and Rule of Law

“Protection of Rights without Borders” (Armenia)

UNITED for Intercultural Action – European network against nationalism, racism, fascism and in support of migrants, refugees and minorities