03/08/2022
0
Wednesday, 06 July 2022 / Published in 0 - News, Decarations, DECLARATIONS & PRESS RELEASES
THE MINISTRY OF JUSTICE AND THE HJC SHOULD REFLECT WITH PRIORITY TO THE BOYCOTT OF LAWYERS AND THEIR LEGITIMATE REQUESTS

From the moment the preliminary evaluation of the new judicial map was discussed, the Albanian Helsinki Committee (AHC) drew attention to the lack of an objective, comprehensive, and inclusive study of the drastic reduction of the number of courts in the country.

It is notable that paragraph 3 of the HJC decision states that the final evaluation report and the proposal approved by the HJC is sent to the Minister of Justice, to continue with soliciting the opinion of the HPC, the General Prosecutor, and the Minister of Finance. The Albanian Helsinki Committee notes with concern that this consultation process should have been coordinated between the HJC and the Ministry of Justice and not conducted in a fragmented manner, being initially approved in the HJC and then sent for further consultation to the Ministry of Justice.[1] These delays are unjustified in time in a process that should have had most priority after the creation of the HJC three and a half years ago.

The General Council of the Chamber of Advocates of Albania, in its meeting of 29.06.2022, appears to have reviewed the situation created after the boycott of judicial processes due to the approval of the proposed New Judicial Map and, given that the HJC, did not have any reaction to thee problems presented by the Chamber of Advocates of Albania, it decided:

In fact, the last item of this decision is disputable in terms of lawfulness. Article 39 of the law no. 55/2018 “On the lawyer’s profession in the Republic of Albania,” envisages that disciplinary proceedings on an advocate begins on the basis of a complaint and is classified as “unprofessional behavior,” “unfit professional services,” and “failure to provide legal aid services guaranteed by the state or for free.” In this sense, AHC suggests that the Council of Advocates review its decision because failure to boycott judicial hearings is not envisaged as a special legal cause for disciplinary proceedings.

Moreover, for hearing sessions of an urgent nature such as evaluation of security measures or hearings that have to do with pensions, family or labor relations, domestic violence measures, or children’s rights, this boycott may harm the interests and need for justice of citizens and groups in need.

In closing, we deem it necessary to underscore:

The HJC and MoJ, instead of reacting and sitting to discuss with representatives of the leading bodies of the advocates about their concerns over the drastic cut of the number of courts, to date, have chosen to hush. This situation is unacceptable, in the circumstances of a very important reform whose major goal is the smooth operation and normal functioning of the justice system, based on the principles of responsibility, accountability, and transparency.

Likewise, it is notable that there is a lack of reaction and passive position of the Council of Ministers on the created situation because this institution has the final attributes to approve the new judicial map after receiving the joint proposal of the High Judicial Council and the Minister of Justice.

[1] Article 13, paragraph 3 of law no. 98/2016, “On the Organization of the Judiciary in the Republic of Albania,” envisages that before approving the joint proposal, the High Judicial Council and the Minister of Justice should obtain the opinion of the High Prosecutorial Council, the General Prosecutor, the Ministry of Finance, and consult other interested parties. 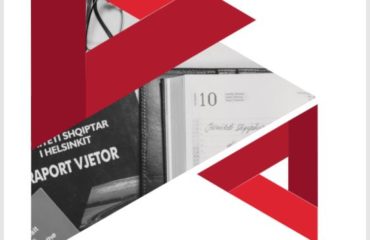