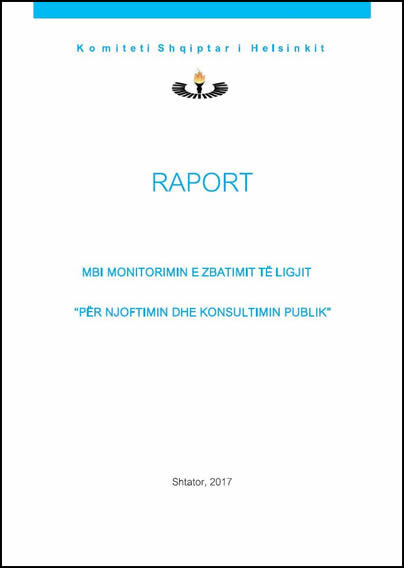 0
Saturday, 16 December 2017 / Published in Press Conference
THE PARTICIPATION OF CITIZENS IN THE DECISION-MAKING PROCESSES MUST BE INCREASED. PUBLIC CONSULTATION IS AT LOW LEVELS AND NOT IN COMPLIANCE WITH THE LAW

Since May 2015 has entered into force Law No.146/2014 “For public notification and consultations”. This law aims to increase transparency of public bodies in important decision-making processes and gives the opportunity to the public and interest groups to give their thoughts and suggestions during these processes.

Albanian Helsinki Committee (AHC) with the financial support of Open Society Foundation for Albania (Foundation) monitored during July 2016 – May 2017 the implementation by 19 Ministries and the Prime Minister’s Office of the Law No.146 / 2014. The main findings of this monitoring were compared to the findings presented in the report “Challenges of the implementation into practice of the Law “On public notification and consultation” as a result of a previous monitoring from the Foundation.

Overall, it is noted that the law is implemented in low levels by the central executive institutions, even during the second phase of monitoring. The public consultation process remains unsatisfactory and in general is characterized by formalism.

In most of the cases, the executive institutions have ignored the requirements that law indicates regarding the respect of deadlines and procedures required for the public consultation, violating, in this way, the principle of transparency, responsibility and also demonstrating a lack of accountability, within the institution itself but also with groups of interest.

The strict implementation of the obligation that leaks from the Article 7 of Law No.146 / 2014 on the publication of the drafting acts that are subject of public consultation, in the electronic register http://www.konsultimipublik.gov.al/RENJK  is an urgent necessity.

The annual plans of the acts that are subject to a public consultation are not published in the transparency program by all ministries. The deadlines for public notification and consultation for the draft-acts that these institutions apply are very narrow and do not respect the deadlines provided by law. Also, the groups of interest, in most cases do not receive any responses concerning to the recommendations, if they are taken or not into account and they are not notified with a summary of the reasons why their recommendations are refused.

The data obtained from the monitoring process and from the meetings with the groups of interest, show a lack of trust by the interest groups themselves for the public consultation process and the institutions that arrange it. This has also caused a relatively low activation from the representatives of these groups to provide a good feedback and qualitative suggestions in the decision-making processes.

AHC and the Foundation encourage civil society organizations, the media and business representatives to increase their activation regarding the supervision of the implementation of legal obligations for the public notification and consultation about the draft-acts for which they are interested. Exercising the right to appeal from these groups of interest, especially to the Commissioner for the Rights to Information and Protection of Personal Data, we judge that it would increase the rate of the implementation of this law in the future.

For more information regarding the findings and recommendations of this monitoring, we are attaching to this document the Report “On monitoring the implementation of the law “For public notification and consultation””. 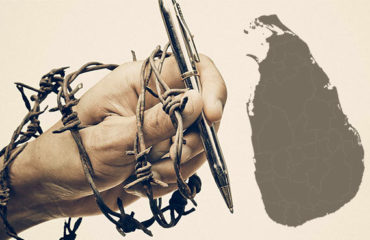 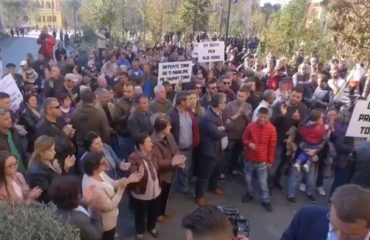