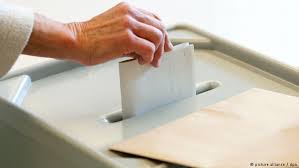 The Albanian Helsinki Committee (AHC) expresses its concern about the fact that although today, April 13, 2018, the 6-month mandate of the Special Parliamentary Commission on Electoral Reform ends, there is no information on whether consensus has been reached on any important issue that has been addressed or whether work has begun on writing the draft-amendments to this Code.

AHC is of the opinion that we are late and this delay is unjustified if we look also at the history of electoral reform in recent years.

The decision of the Assembly to establish the Special Parliamentary Commission on Electoral Reform tasks it with the obligation to address recommendations in OSCE/ODIHR Reports for the last three election rounds – 2013, 2015 and 2017, of responsible institutions for elections and proposals of political parties that received, in the last elections, no less than 1% of votes. We also think that we are late even for the fact that the above three OSCE/ODIHR Reports, a total of 75 Recommendations have been presented, including among these, those that have been considered priority ones, such as the recommendation to depoliticize the electoral administration bodies of all levels.

There are recommendations, suggestions or amendments that, though they may have been the subject of discussion, are such that even if consensus is reached, their preparation and reflection in legislation would require time, enhanced quality review, amendments in numerous provisions of the Electoral Code, not to exclude even some constitutional amendment. Besides the depoliticization of electoral administration and the recommendation to implement the pilot electronic system (a recommendation of OSCE/ODIHR in 2013) special attention should also be devoted to proposals for changing the electoral system, the voting of Albanian citizens abroad, strengthening controls on sources of funding for political parties, measures to prevent vote stealing, etc.

AHC deems it necessary to mention that in the past, practice has proven that delays in amendments to legislation as a result of an extremely politicized environment and failure to achieve consensus, have led to some amendments that were made on the eve of elections. These amendments, drafted within a very short period of time, without a transparent an all-inclusive process, have harmed the quality of the Code and have not considered the unaddressed recommendations of OSCE/ODIHR for the last three elections.

AHC also finds that, to date, information on the work of the Reform Commission has been relatively scarce and very general. For AHC, failure to attach adequate significance to inclusive discussions and debate or their organization on general topics might be accompanied by elements of formalism and create the impression that amendments to the Electoral Code are a monopoly of political parties (especially the largest two parties), although they may reach political consensus on this or that issue.

AHC suggests that the pace of the Commission for Electoral Reform be accelerated and the results be effective. This would create the conditions for meetings to realize inclusivity to focus on the main issues that also are of public interest especially for voters.