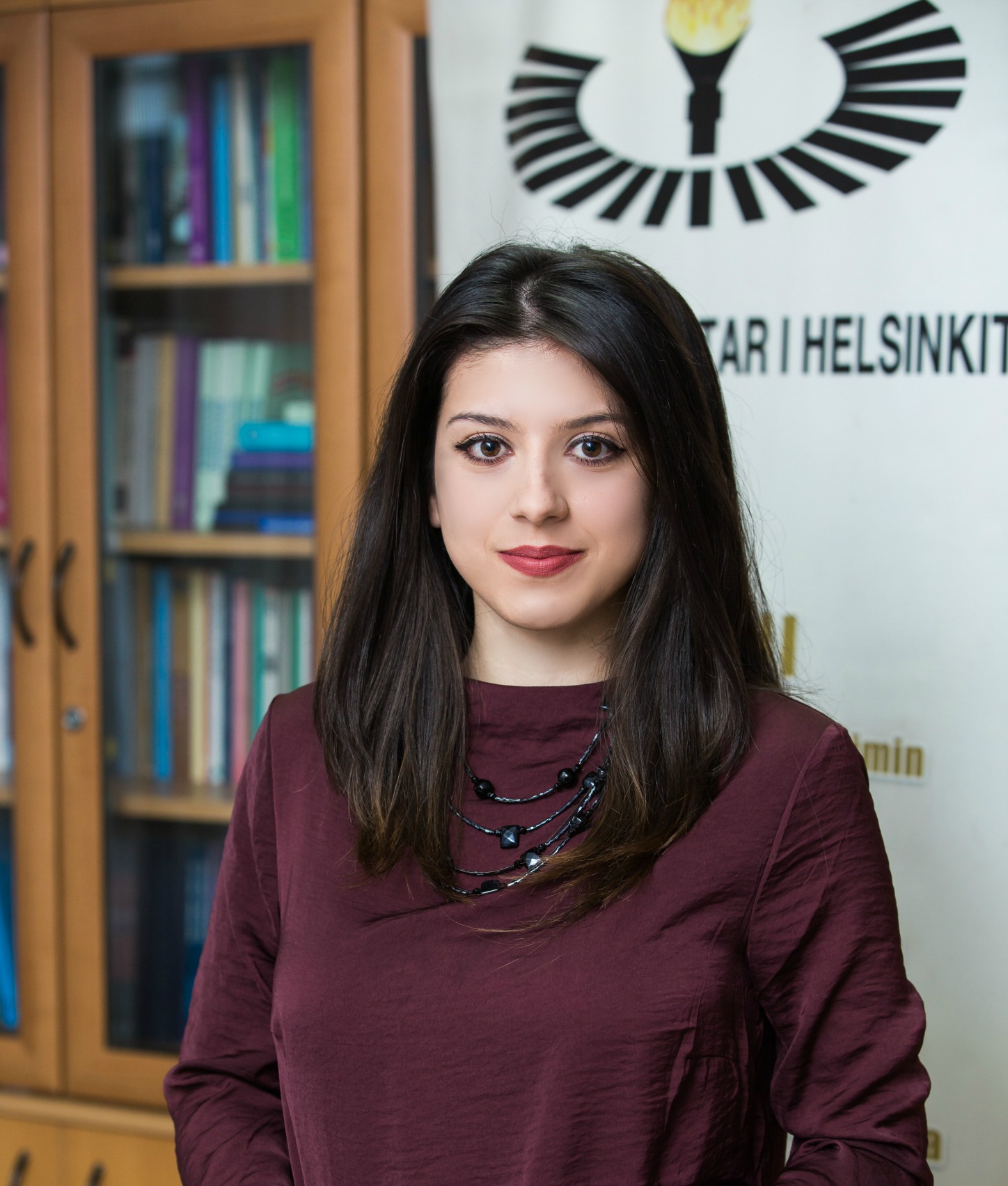 In 2015 she finished the “School of Advocacy” licensed as “Lawyer”. She originally engaged in the role of “Lawyer Assistant” at the legal studios “Haxhi” and “Bledar Fejzo”.

The commitment in the field of human rights began in March 2014 with internships one year to AHC, participating in various activities and on lobbying and advocacy issues affecting vulnerable groups on the focus of AHC mission.

She is engaged cooperating with various actors of civil society, with other experts drafting various reports in the field of respecting the rights of persons deprived of liberty, the mentally ill citizens, corruption, etc, and has also participated in various nationally and internationally conferences.