During its everyday activities, Albanian Helsinki Committee (AHC) got aware that citizens have limited and superficial knowledge with regard to the Reform in the Justice System. After the approval of the law “On some changes on Albanian Constitution” and the new law “On the assessment of the persecutors and judgment”, the process will continue with the drafting of 40 draft laws in the pillar of the judiciary, criminal justice, legal education, free professions, anti-corruption measures and funding the justice system.

In order to contribute as an actor of civil society on this process, AHC has started the newest initiative with the implementation of the project “Promoting activism and participation of public and civil society in Justice System Reform” supported by the Embassy of the Kingdom of the Netherlands in Tirana. This project will be implemented during the period of September 2016 – March 2017.

Through the realization of this project, is aimed to better inform the wide public and particularly the civil society and interest groups on the Justice System Reform processes, initiating a wide public debate on its impact in their everyday lives. AHC will transmit the related concerns and will also contribute with legal expertise to the Ad Hoc Parliamentary Committee on Justice System Reform, on respective issues related to the human rights, access to justice, equality before the law, raised during the consultation process.

AHC will effort to raise the awareness that the Justice System Reform belongs to every citizen and expresses its gratitude to the Embassy of the Kingdom of the Netherlands in Tirana for supporting this initiative. 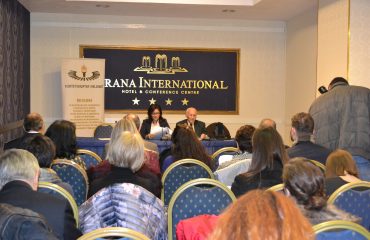