For a number of years now, the Albanian Helsinki Committee is monitoring and representing inmate F.Z., who is currently serving his imprisonment sentence at the IEPD Kruja. The convict suffers from major and bone nerve damages in his leg, atrophy and infections, as the result of the break of a metal pad installed in his body, through an early surgical intervention. Specialist and forensic medical doctors have recommended that the inmate be subjected to a new specialized surgical intervention, which would help correct these complications. Based on the official documentation and correspondence that AHC has secured for this case, it results that the surgery for normalizing the situation of the leg of inmate F.Z. is impossible because of the lack of essential tools and equipment from responsible authorities.

By final decision of 10.03.2015, the Krujë Judicial District Court ordered that the appropriate medical service be guaranteed by the General Directory of Prisons and IEPD Krujë and that the inhuman and degrading treatment of this citizen, as a result of the lack of this service, be stopped. On 22.06.2016, the Commissioner for Protection from Discrimination observed the direct discrimination of this citizen because of his status as a person sentenced by imprisonment, which has led to the aggravation of his health condition. The People’s Advocate has reacted several times on this case, recommending to state institutions to take the necessary measures for securing the specific medical materials and to exploit all the possibilities for conducting the surgical intervention on citizen F.Z., in order to improve his health condition and to avoid undesirable situations with regard to the consequences of the said illness.

On July 21, 2016, by authorization of this citizen, AHC submitted to the Constitutional Court of the Republic of Albania a Petition to state the violation of the right for due legal process, as a result of the failure to enforce the final judicial ruling for over one year and a half. On 29.07.2016, AHC presented urgently to the European Court of Human Rights a petition for a temporary measures according to Rule 39 of this Court. The petitions argued that because of the failure to enforce the final judicial ruling, the inmate is faced with a real threat of serious and irreversible damage, because health injuries may eliminate for good the scarce possibilities for the reinstatement of lost physical skills. Both of these petitions are under review. 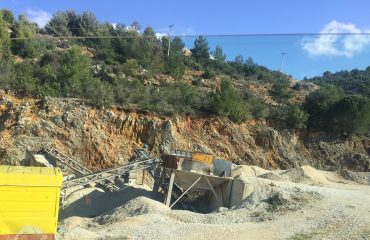