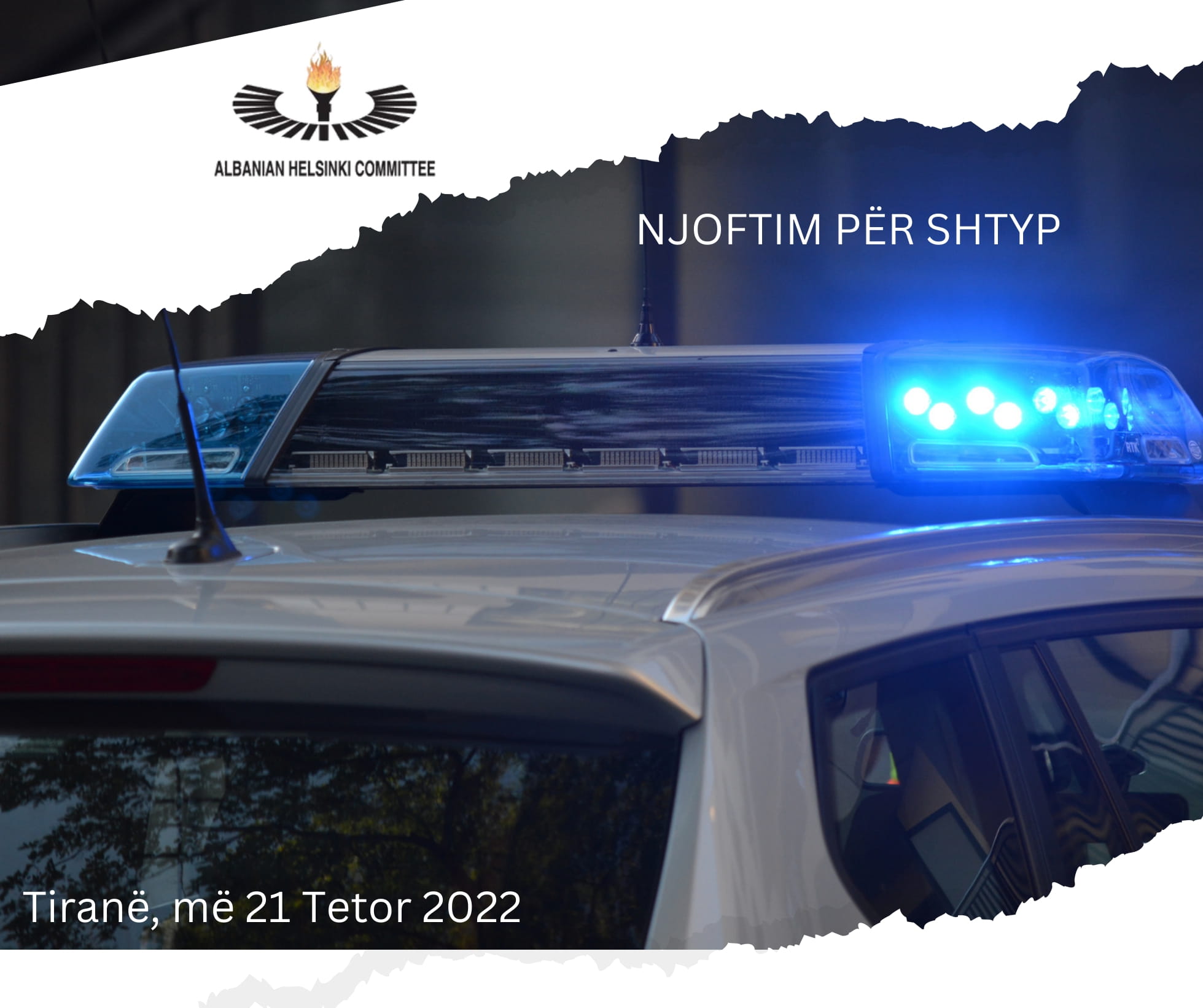 The Albanian Helsinki Committee, based on media reports from 20.10.2022 about 32-year-old man L.K. that indicated that he had been accompanied to the Police Commissariat no. 3 in Tirana and then had been sent to the Trauma Hospital where his death was announced, deemed it necessary to verify this data on site.

At Police Commissariat no. 3 (Tirana), we initially held a meeting with the Commissariat Chief and Deputy Chief and, in response to questions by AHC observers, they claimed that on October 19, 2022, around 23:10, a citizen (this is L.K.) was noticed who avoided the police patrol by making suspicious actions. For this, he was asked by police patrol officers whether he was an inhabitant of the area and had any identification document, but he had responded negatively. In pursuit (of the man), the police patrol no. 1 asked the operational room for back up, which arrived with patrol no. 2 at 23:13.

From the moment of his pickup, after he was caught during a pursuit, at 23:27, patrol no. 2 notified the operational room about the accompaniment of this citizen to the commissariat premises after he disobeyed the police officers. After 7 minutes, at 23:34, patrol no. 1 asked the operational room for an ambulance at Alpin because the accompanied person had stated that he did not feel well.

The AHC monitoring group asked to become familiar with the registers that should reflect accompaniment cases. With the argument that documentation had been sequestered by the Police Oversight Agency (POA) officers and the Tirana Judicial District Court’s Prosecution Office, AHC observers were not made available any other legal act aside from the Register for Evidencing Data on Accompanied Persons, the Register of Ins and Outs and the Dynamics Book. During the observation of the mentioned documents, there was no documentation of the data and general biographical information on citizen L.K., the time of his entry and stay in the Commissariat, the quality and legal causes for depriving him of his liberty.

According to Commissariat representatives, failure to register data in the case of citizen L.K. came as a result of the “accompanied” person not feeling well. However, AHC is of the opinion that in this case, there should have been a process-verbal for reflecting these circumstances. Moreover, this took place while AHC observers were in the premises of this Commissariat about 14 hours after the incident had taken place.

Also, referring to article 109 of the mentioned law, it results that police officers acted in violation of the above provisions, because you may not accompany a person only relying on suspicions. According to the cited provision, the suspicions should be reasonable, should have to do with the commission of a crime, to prevent the commission of a criminal offense, or for identifying the person on who investigations are being conducted (paragraphs “c,’ ‘ç’, and ‘dh’).

AHC deems it necessary to mention that in this concrete case, we are not in front of the accompaniment, detention, or arrest in flagrance, envisaged by the Criminal Procedure Code. In these circumstances, the police officers acted in violation of article 27 of the Constitution and article 5 of the European Convention of Human Rights, which envisage the cases when someone’s liberty may be restricted.

Based on data verified from the Service Report, drafted by the operational room of the Tirana Local Police Directory, it results that citizen L.K.’s not feeling well was encountered by police officers at 23:34. Considering the above, police officers should have applied strictly article 17, letter “a” and article 89, paragraph “c” of law no. 108/2014 “On State Police,” by transporting citizen L.K. immediately and urgently to the hospital and not take him to the commissariat premises.

Considering the nature of the case, in such cases, it is the Prosecution Office that should investigate further the lawfulness of actions conducted by police forces, the cause of death of the victim, and whether the incident could have been prevented, in the circumstances of actions or inaction by public order representatives were obliged to carry out.

Anytime a detained person dies in suspicious circumstances, article 2 of the European Convention of Human Rights asks authorities to carry out an independent and impartial official investigation, which meets minimal standards for efficacy (see Trubnikov vs. Russia, no. 49790/99, §§ 87-88, July 5, 2005).

Based on claims by family members of the victim L.K. in the media, AHC wishes to bring to the attention of the prosecution office the standard of the European Court of Human Rights, which is also mentioned in the case Fatos Prizren vs. Albania. According to this case, in all cases, the relative of the victim should be involved in the procedure proportionately to protect his/her legitimate interests (see Mustafayev vs Azerbaijan, no. 47095/09, § 72, May 4, 2017). In many cases, the Court has stressed that the involvement of the relative in these procedures serves to guarantee public accountability of authorities and public oversight of their actions during the investigation. This right requires that the procedure pursued by independent bodies (such as the prosecution office in this case) guarantee the adequate protection of their interest, which may be in direct conflict with the interest of the police or of security forces involved in the incident (see Apusca vs. Moldova, inr. 24034/07, § 44, May 18, 2010) 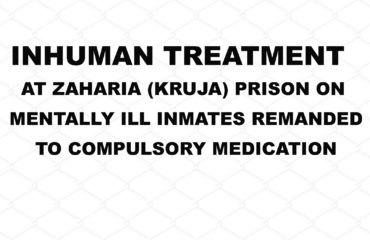