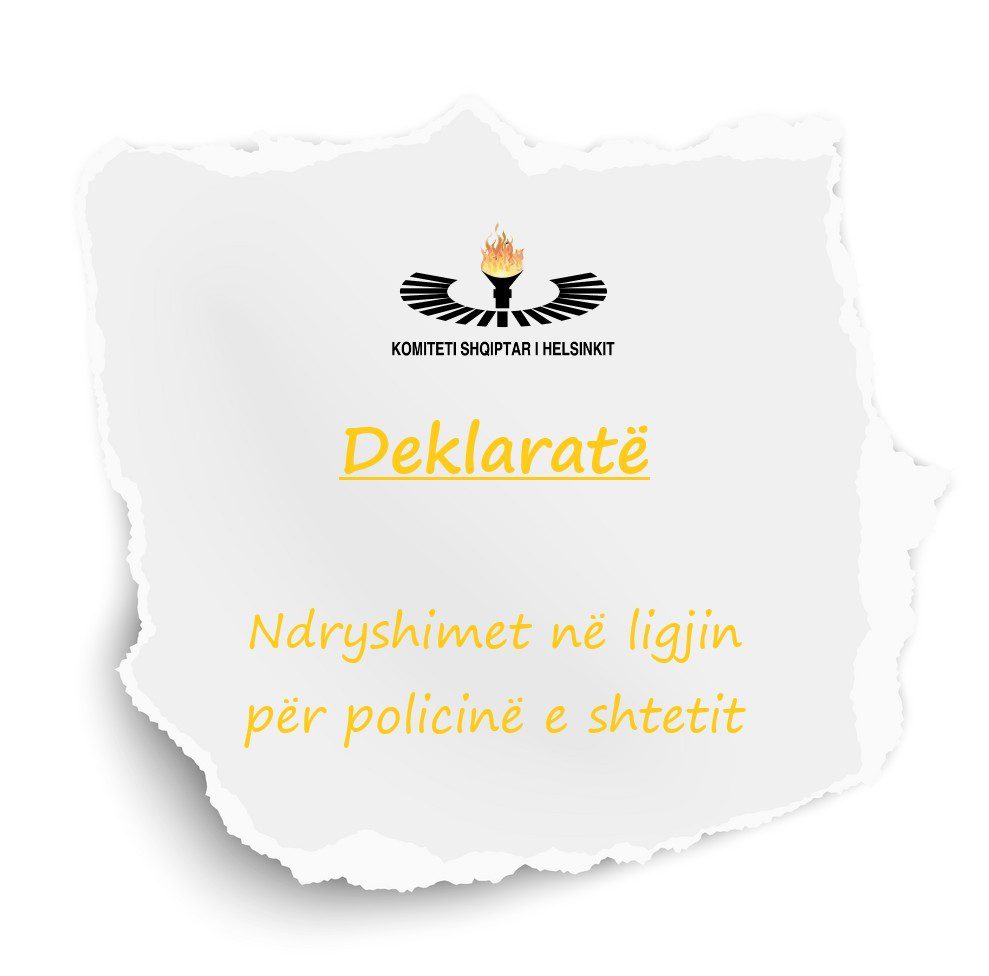 0
Friday, 14 February 2020 / Published in 0 - News, Declarations & Press Releases
Press Release: Proposed amendments to the law on Albanian State Police weaken the independence of the judiciary and jeopardize the right to privacy

A group of civil society organizations, pursuant to their earlier reactions, upon becoming familiar with the draft law “On some additions and amendments to the law no. 108/2014 “On State Police,” submitted by the Council of Ministers to the Assembly of the Republic of Albania, published on the official website of the Assembly (part of the anti-KÇK package), express the following concerns:

Civil society organizations, just like in the past, support any initiative that seeks to intensify the fight against terrorism, organized crime, serious crimes, and to consolidate public safety in the country. Our support in this regard is reflected also in the contribution we have made in the context of reforming the justice system, a reform on which there were inclusive consultations with domestic and international actors. We notice with concern that the proposed draft law, just like the normative act earlier with the powers of law, approved on January 31 of this year by the Council of Ministers were drafted without transparency or prior public consultation with representatives of domestic civil society organizations.

Civil society organizations note that the draft law “On some additions and amendments to law no. 108/2014 “On State Police,” just like the normative act, contains provisions that raise serious suspicions for the violation of important constitutional principles, such as the principle for the checks and balance of powers, the principle of the independence of the judiciary, and fundamental human rights and freedoms. In more concrete terms:

Although coordination and collaboration between institutions are necessary, in our opinion, article 2 of the draft law (just like article 8 of the normative act) represents a violation of the independence of the prosecution office. This provision proposes that independent constitutional bodies, such as the General Prosecutor and the Head of the Special Prosecution Office, are part of the National Committee for the Prevention and Fight against Organized Crime. This committee is a collegial structure, chaired by the Minister of Interior (part of the executive). Also, this structure includes functionaries of the executive, such as the Minister of Justice, Minister of Finance and Economy who are appointed and dismissed directly by the Prime Minister, and also includes the General Director of State Police. The Coordination Committee creates premises for undue influence by the executive on the independent exercise of the functions of the General Prosecutor and the Head of the Special Prosecution Office. It is worth mentioning also that the Special Prosecution Office exercises the prosecution on criminal offenses committed by high-level officials, including representatives of the executive in this Coordination Committee (article 148/dh of the Constitution).

Any new regulation has been deemed by the Constitutional Court as not sufficient and not constitutional unless it guarantees the avoidance of influences that the executive power might exercise on issues related to the delivery of justice by the court.

Article 4 of the draft law amends article 131 of the law in force, which envisages that during informative-tracking activity or during police proceedings, in order to prevent and discover criminal offenses, the Police uses measures envisaged in paragraph “a” – ambiance surveillance, “b” – Use of technical equipment for photographing, filming, video, “c” – the wiretapping of telephone conversations or telecommunications and “ç” – secret surveillance. Unlike the law in force, the implementation of these measures does not require authorization from a prosecutor. Meanwhile, measures envisaged in paragraphs “a”, “b” and “ç,” may be implemented based simply on approval by senior officials of police, at the level of central or regional directories. The provisions in article 131 of the draft law, and the removal of the prosecution office authorization to issue such measures, in our opinion, runs counter to articles 221-226 of the Criminal Procedure Code. The Criminal Procedure Code is a law approved by a qualified majority, based on article 81, paragraph 2 of the Constitution, and its provisions are above the provisions of laws approved by simple majority, such as the Law “On State Police.”

Regarding measures proposed in article 131, we wish to bring to attention the decision of the European Court of Human Rights (ECtHR), which penalized Hungary in a similar case (decision of January 12, 2016, in the case Szabo and Vissy vs. Hungary). In this case, the Strasbourg Court (ECtHR) judged that the broad activities of secret surveillance conducted by the Hungarian Anti-Terror Task Force had violated the rights of applicants. The Hungarian Task Force was created under the umbrella of police structures, based on anti-terror legislation of 2011. The ECtHR found violations of the European Convention, particularly of the right to privacy, because Hungary had not guaranteed judicial oversight on the Task Force’s surveillance actions and had not guaranteed other accurate and effective protections. In the case of Albania, the envisaged provisions are even greater flagrant violations of the European Convention (ECtHR) because, unlike Hungary, the imposition of special measures by state police without authorization of the prosecution office, is not only limited to the context of the fight against terrorism but applies to any criminal offense.

Regarding the proposal in paragraph 4 and 5 of article 131 of the law (according to the draft law), we deem that the assignment of such joint competences, through the Minister responsible for Public Order and Safety, the General Prosecutor, and the Special Prosecution Office against Corruption and Organized Crime, weakens the judiciary’s control over the executive, weakens the judiciary’s independence, places the judiciary under undue influence of the executive, and might lead to the violation of the rights of citizens, including particularly the right to privacy, sanctioned in article 8 of the European Convention of Human Rights.

FAILURE TO RESPECT LEGAL DEADLINES OF THE ELECTORAL CODE 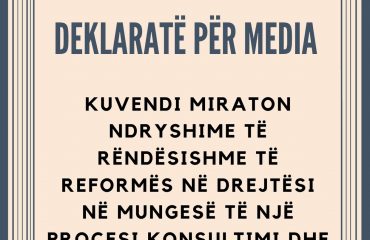