Progress of the vetting process in the justice system is of special importance for the creation of the new institutions, for fulfilling the country’s constitutional and integration obligations, for unblocking stalemates created in the process of filling vacancies in the Constitutional Court and the High Court, as well as for meeting in a timely manner and with quality the public’s expectations from the reform.

Positive results achieved during June and July 2018, marking the conduct of a large number of hearing sessions and a high number of decisions, were expected to have the same pace and quality improvements in the new phase of other subjects on the priority list, resumed in September. As civil society representatives, we find with concern that contrary to expectations from and the needs of the reform, during the last two months, we have seen considerable slowing down of the vetting process compared to the dynamic pace that the process saw at the Independent Qualification Commission (IQC) during June and July of this year. Based on the schedule of hearing sessions, during July, it appears that 31 sessions were held during the 18 days of this month, at an average of 1.7 hearing sessions per day. During September 2018, it appears that 1 session only was held and for October, only 4 sessions were held.

The second disturbing problem has to do with changing the location of the conduct of hearing sessions by the IQC.[1] Although there are no visible obstacles to public and media participation in such a process, the new halls have relatively small space for accommodating independent observers and journalists, which does not help the process of publicity and transparency. We appreciate the fact that in the cases when the public has been interested in attending hearing sessions in large numbers, IQC personnel has taken measures to accommodate them. However, for the good of higher standards of transparency and respect for the principle of publicity, we consider that it would be advisable that the IQC find another alternative solution for those instances when the number of persons interested in attending the session is higher than the volume of the hall can allow.

With regard to visual and audio access that the halls provide for the media and the public, the standards provided in this regard are adequate. However, we find that the distance between the subject and the rest of the audience (the public/the media) is very close, which might place the subject in a position that is not comfortable or appropriate during the process, which might leave room for claiming disrespect for the right to due process, in the context of the right for defense that the subject of vetting enjoys.

Also, we find that during the months of September and October, we have found that decisions have been published for hearing sessions conducted during July, whose decision issuance date is within the legal deadline for their announcement together with the arguments, but they are made public on the website 30 to 50 days after the date marked on the decision. It is our opinion that delays in this regard have a negative impact on transparency and public expectations.

REQUEST FOR BID – SUBJECT / COMPANY THAT TRADES ELECTRONIC EQUIPMENT, WITH THE AIM OF PURCHASING AN OFFICE PRINTER 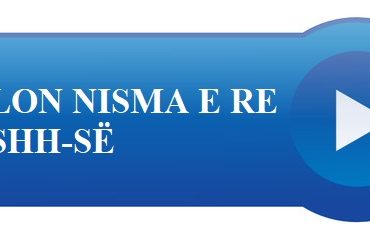 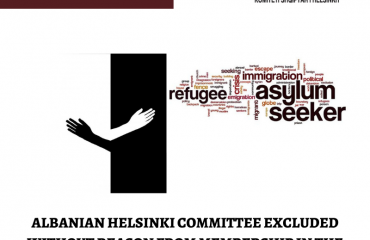