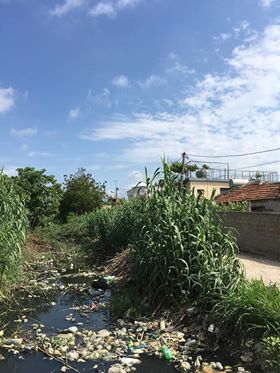 The Albanian Helsinki Committee (AHC), based on complaints from inhabitants of the Spitallë area (Durrës Municipality) that as a result of the dumping of fishing waste to the drainage canal in the area, environmental pollution in their area being beyond any limit, foul smell (particularly in the summer) had become unberable thus affecting their health, on December 5, 2018, undertook a monitoring mission to observe the situation on site.

The monitoring group, after listening to the inhabitants’ complaint, met with the administrator of the “Konservim Adriatik” factory, Mr. Artur Mata, to address the above complaints by the inhabitants. He was not only reserved but also demonstrated unethical conduct. His only explanation was that the prosecution office was involved in the issue, that the factory he managed respected rules and, in his words, “AHC monitors were obstructing his daily plan.”

With regard to this issue, the AHC monitoring group met with the head of Health Care Center no. 15, Spitallë, Dr. Artan Mufi, who explained that in the area near the ‘new cemetery,’ health problems had emerged related to water and environment pollution “as a result of ‘fish waste.” He claimed that he had not been informed about the comlaints of inhabitants. Pediatrician Dr. Meleqe Bardhoshi said that during 2018, particularly during the last three months, inhabitants near the drainage canal (at the ‘new cemetery’ area) during medical visits had expressed concerns about the respiratory system, digestive system, gastro-intestinal problems with symptoms of diarrhea, vomiting, infections, etc. Dr. Bardhoshi explained also that there was a possibility that such symptoms could be the consequence of pollution in the surrounding air and environment.

The head of the Durrës Regional Environmental Directory told monitors that the People’s Advocate had been set in motion through a letter. Based on the meeting with environmental inspector Ms. Kondo, it resulted that the State Inspectorate (ISHMPUT) was aware of the problem and that not only administrative measures (a fine), but even suspension of activity had been undertaken on the subject “Konservimi Adriatik” ltd. for failure to respect environmental parameters.

The information provided to AHC by the Mayor of Durrës Municipality, among other things, confirms: a) during the inspections, the subject “Konservim Adriatik” ltd. did not possess contracts with licensed subjects for the removal and treatment of technological waters generated during the process of work; b) the Munisipality had addressed the State Inspectorate for the Environment and Forests, Durrës Environmental Inspection Branch, and the latter informed the Municipality that some measures had been undertaken until the suspension of activity of the mentioned subject, but the inspection conducted by it (the Municipality) on 31.05.2018, the subject “Konservim Adriatik” ltd. continued its activity; c) regarding this (as noted in the information of the Mayor), the Prefect of Durrës, People’s Advocate and the Prime Minister’s Office had been informed. Even this information by the Mayor alone shows the fact that the inhabitants’ complaints are founded.

AHC also became aware of the Durrës Prosecution Office decision “On non-starting the penal case” of 21.11.2018, set in motion by K.N. who reported the case. Although only the court may declare itself on whether such a decision is founded on the law or not (based on the complaint of the person who reported it), it is the right of AHC to express its opinion that with regard to the above case (as may be concluded from the decision), only the administrator of the Factory was questioned and he is directly interested and in conflict of interest; meanwhile, nothing is said about the materials possessed by Durrës Municipality. Based on the review of the Prosecution Office decisions, it appears that it decided to not start the penal case because the waste being released by the subject “Konservim Adriatiku” is not toxic, radioactive or any other substance that upsets the ecological balance. In reaching this conclusion, the Prosecution Office does not appear to have been based on any expert’s forensic expertise in the field of the environment, because no such expertise was ordered by the Durrës Prosecution Office. Also, there appears to be no investigation regarding the harm that the inhabitants living in the surrounding area may have suffered in their lives and health. Meanwhile, article 203 of the Penal Code envisages “ndërkohë që neni 203 i Kodit Penal parashikon se “Polluting the waters of the seas, rivers, lakes or the springs of the water supply system with waste either toxic or radioactive or other substances, which break the ecological balance, is sentenced up to five years of imprisonment. The same act, when has caused serious consequences to the life and health of people, is punishable by five to ten years of imprisonment.”

Regarding the above, AHC notes with concern that nothing has been done about the complaints of the Spitallë area inhabitants. No measure was undertaken to prevent the harmful consequences caused by environmental pollution on the citizens’ health. AHC is of the opinion that in this concrete case, the irresponsible disregard and the run-around of citizens’ complaints is intolerable. It is because of the reasons mentioned above that the AHC suggests to the Minister of Tourism and the Environment and the Minister of Health and Social Protection to assess this problem with priority and order the rigorous enforcement of the law. In this sense, it is the duty of relevant state bodies to intervene and take the necessary measures even when citizens’ rights are violated by private companies or associations.

AHC also suggests to the Durrës Municipality Mayor that, regarding this problem and other issues that violate citizens’ rights, the Municipality does not stop at exchanging letters or information, but react in a proactive manner. Local government bodies, as is known, are responsible for problems that seek solutions within their jurisdiction.

The Strasbourg Court has devoted special attention to issues that have to do with environmental pollution to the detriment of citizens’ health. For instance, in reviewing the case Brandes against Romania, it found in its decision violations of article 8 of the ECHR “The right to respect for private and family life” due to foul smells from waste, excessive traffic noise and failure to remove waste. 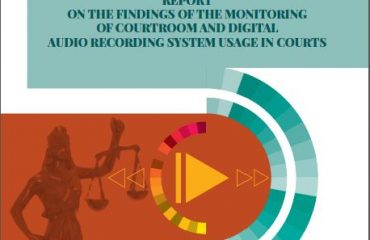