Thursday, 10 May 2018 / Published in 0 - News, Decarations, Legal Education - Press Statement & Notice
STUDENTS SHOULD BE ENCOURAGED TO DENOUNCE CORRUPTION IN THE HIGHER EDUCATION SYSTEM

The Albanian Helsinki Committee (AHC) has appreciated and appreciates positively the initiatives that have been undertaken and the legislation that is being implemented in order to guarantee the integrity, empowerment and independence of justice system bodies. However, corruption is not isolated. It is quite widespread. Many cases of corruption have been verified in the health care sector and public administration. The facts of recent times show that in the higher education system too, and even education in general, corruption cases have not been lacking.

Higher education reform as is known was indispensable, but AHC thinks that its results have been accompanied, even in a camouflaged manner, with elements of self-satisfaction, weakening of control and accountability in all kinds of directions, and even a weakening of legal structures for the representation of student groups.

In forums organized by AHC in recent months, with students in Public Universities in Shkodër, Durrës, Elbasan, Vlorë, the Science Institute in Tirana, etc., there have been numerous and very disturbing discussions about the phenomenon of corruption, particularly in terms of ensuring fictive grades. During discussions, it resulted that this phenomenon was not sporadic, but practiced and spread for a long time. Students also raised claims about other corruptive forms, namely inclusion in exams of students who have exhausted the maximal number of absences for registration for exams, as well as cases of abuse by the secretariat and administrative staff to change grades, or obtain documents from the Faculty. Students also shared cases of unethical behavior by professors, such as the mandatory purchase of textbooks and materials prepared by the professors themselves, “ghost” professors who never came to class for the majority of the academic year.

Such discussions indicate an engagement of students themselves to fight and prevent these phenomena. However, their words also displayed a kind of reservation, intimidation or shyness to concretize things. In the opinion of AHC, this fact makes it necessary to further encourage first of all the students themselves to move from generalized criticism to concrete and founded denunciations as that would effectively help prevent such acts and increase the demand for accountability. In this regard, it is worth encouraging the denunciation of corruption by students of the “Aleksandër Xhuvani” University, as a positive model of reaction by youths to this phenomenon. It is the opinion of AHC that it is the duty of competent bodies to verify the responsibility of the prosecuted lecturers or middlemen. In this regard, we suggest a fast, comprehensive, and objective investigation that would enable the discovery of the conditions and circumstances of such offenses. Nevertheless, AHC encourages such positive models of student reaction in other universities of the country as well, where students themselves have concerns or have information on corruptive cases.

It is common knowledge that lecturers should be a reflection of individual correctness and integrity for responsibly educating the new generations. The corrupt should have no place in education institutions. A good grade should be the result of efforts and the diploma should be the fruit of sacrifice of the students themselves and not of bribes given to the lecturer that seeks it or that is sought.

In closing, AHC deems it necessary to suggest to competent education institutions to seriously evaluate this problem in their line of work and, in cooperation with others, address the problem maximally and take appropriate measures to prevent it. 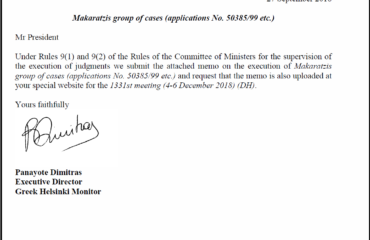 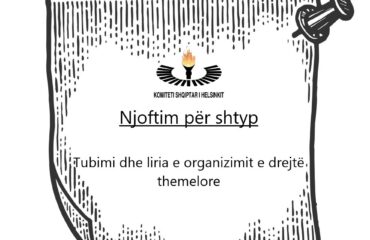 Press Release: Assembly and freedom of organization – A fundamental right revise normative act no. 3, of 15.03.2020 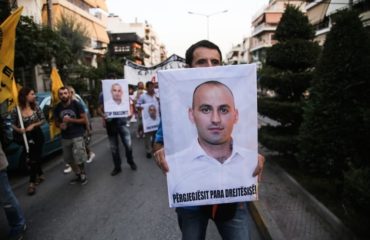