The Albanian Helsinki Committee (AHC), based on a signal it received that violence was exerted on a convict at the IEPD Peqin on 04.10.2017, conducted a verification on site, whereby it resulted that on 30.09.2017, around 22:30, the group on duty of Prison Police carried out an inspection for prohibited items at the High Security Sector of the Peqin IEPD. During the inspection, prison police forces entered cell no. 12 of this sector and asked the convicts present whether they had prohibited items. Convict V.G. had responded that they did not have any such items. After the response, convict V.G. claims that officers of the group on duty hit him with batons on different parts of the body, such as his back, stomach and feet.

The forensic legal expert on the AHC group, following a physical examination of the convict, found four ecchymosis on his back and one on the right leg, above the knee, 5-15 cm long, and a hematoma on his stomach, on the left, 10 cm long, in marked purple and reddish color. The above injuries were easily visible and fresh.

The same circumstances of the incident were confirmed also by the other convict, L.G. present in the same cell. In fact, following the use of violence, the alert group did not inspect the cell for prohibited items.

On Monday, 02.10.2017, convict V.G. said that he was checked by a nurse in the Peqin IEPD. The AHC group inspected the personal Medical Record of the convict and the 24-hour service logbook of the emergency service where there was no data regarding the medical check or signs of violence. During a meeting with the Peqin IEPD leading official, we learned that the internal prison regime chief was aware but the Peqin IEPD leading official was not aware. Every Peqin IEPD employee who became aware of the incident had the legal obligation to file immediately a criminal referral to the competent bodies. Neglect toward this very flagrant incident, by personnel who was aware of it, is very disturbing.

AHC considers that the above incident, which involves physical violence on a convict, is very serious. It represents a criminal offense and, in fact, from the standpoint of Article 3 of the European Convention of Human Rights, it contains elements of inhuman treatment.

AHC condemns this act and demands further verifications and the undertaking of relevant measures toward those responsible.

AHC is also addressing the Internal Control Service of Prisons for the incident to be prosecuted pursuant to legislation in force. Spurred by this incident, AHC suggests that relevant measures are taken for rigorous respect for the law and the prevention of such incidents.

DO NOT DELAY AMENDMENTS TO THE ELECTORAL CODE 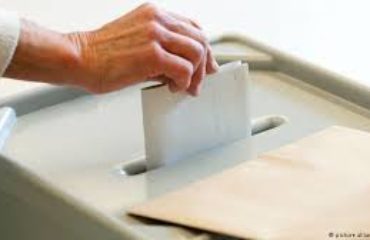