First of all, allow us to express the sincere congratulations of the Albanian Helsinki Committee (AHC) for Albania’s admission with full rights into the NATO Alliance. This has been an aspiration of the Albanian people and is further encouragement toward European integration.

AHC has followed and follows attentively preparations for the June 28, 2009, elections in general and, in particular, the implementation of article 179 of the Electoral Code for equipping with priority citizens who do not possess passports with identity cards. In this sense, AHC has become aware of the decisions of the Council of Ministers, which is tasked to issue the relevant sub-legal acts for this purpose and pursuant to article 179 of the Electoral Code as well as with the instructions of the Ministry of Interior.

In respect of Your functions, we would wish for your understanding when highlighting the fact that within a short period of time, the decisions and instructions issued for this purpose have seen several changes. To some extent, this shows that the problem of equipping voters with identity cards has not been subjected to preliminary discussions and consultations, which would determine not only the details of this process, but also the potential obstacles that should be overcome.

The opposition has raised doubts about the timely realization of equipping with identity cards those voters who do not possess passports. It has requested that all voters who do not have passports be equipped with identity cards for free. The relevant state bodies have expressed opposition toward the above claims, considering them unfounded
and even politicized and intentional.

As a non-governmental organization seeking to protect the constitutional rights of citizens, while not prejudging the problem, AHC deems it necessary to emphasize that the important thing above all is not the financial bill of compensation, but guarantees that all voters without passports will be equipped with identity cards.

AHC confirms the known fact that in a democratic country like ours, it is the duty of the government to take all measures in order to guarantee its citizens real opportunities for exercising the constitutional right to participate in elections.

In this aspect, it is our opinion that it is not justifiable that, because of the lack of organization or control in the rigorous and timely realization of this duty, or because of failure to be equipped with identity cards, voters be deprived of the fundamental right sanctioned in article 45 of the Constitution of the Republic of Albania.

AHC is also of the opinion that measures taken by the government to compensate or give for free partially the identity cards, may be accompanied by elements of discrimination of strata or other groups in need, which should be prevented.

AHC is aware of the fact that equipping voters with identity cards is not easy, not only because it is a new experience, the large number of voters that should obtain them, the relatively short time, and the infrastructure of the country.

Therefore, attaching maximal value to the importance of this process, AHC suggests the need for constructive and transparent cooperation of all actors in this process. All actors should cooperate to sensitize the public about the importance of equipping citizens with identity cards that will be of use not only for the elections, but also for identification and for obtaining services.

From the very start, through public statements and during different events, AHC has called on voters to apply for identity cards. We will continue to do so during the next period of time.

AHC is of the opinion that all possibilities exist for us not to head toward the June 28, 2009, elections with suspicions and dilemmas. Otherwise, this could have a negative impact on increasing tension in the political environment

The parliamentary elections of the coming June will be a key test and of special importance in showing the maturity that we are capable of holding free, fair, and uncontested elections, fulfilling the required standards. 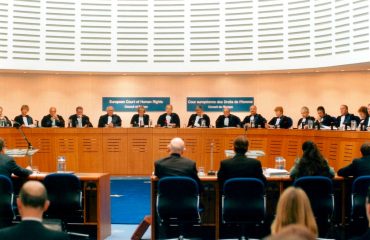