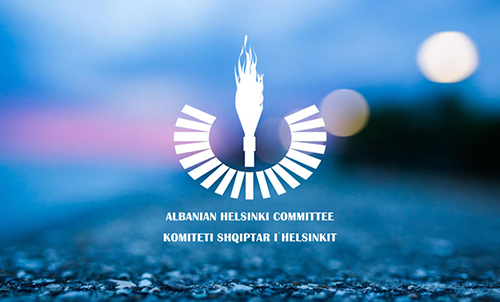 On May 17, 2018, the Albanian Helsinki Committee (AHC) was informed by family members about the late Enea Ftoi, arrested by Korça police, who had died inthe police commissariat and sent to the Korça regional hospital.

In a telephone conversation, family members claimed that police officers had used violence on him and the death had occurred precisely because of it.
Also on May 17, 2018, two staffers of the Committee traveled to Korça to verify the complaints by family members of the victim in the police commissariat.

During verification in the police commissariat, it resulted that Enea Ftoi had been arrested on 14.05.2018 in flagrance for the criminal offense of violent robbery. Based on the medical checkup on the arrestee, also reflected in the relevant documentation, it resulted that he was a drug user and, to calm him down, he had been given diazepam by injection and tablet. On May 17, 2018, his death was observed and he was transported dead to the Korça civilian hospital. The prosecution office was informed about his death and began the criminal case.

In the meeting with family members of the victim, they claimed that the death of Enea Ftoi had come as a result of the use of violence by police officers from the moment of his flagrant arrest. Besides, they also claimed that police, in order to cover up the use of violence on him, had not notified them at all. They were notified about the death of Enea Ftoi on May 17, 2018, the day when the court would review his security measure. On 18.05.2018, AHC staffers conducted a verification mission.

Based on verifications in the Korça Police Commissariat, according to documentation administered by personnel of the Commissariat, it resulted that the late Enea Ftoi had remained in the Commissariat premises from May 14 (12:00) until May 17 (the time of the exit of the body from the Commissariat premises had not been documented).  The Commissariat had a special register that documented the meeting of detainees and arrestees with the prosecutor and the defense lawyer.According to Commissariat staff, he had had a meeting with the prosecutor and the lawyer assigned to him in the commissariat premises, but the mentioned register did not document whether the meeting had been signed off on by the prosecutor or defense lawyer and the arrestee himself.Based on our contact with the chief nurse of the Commissariat, it results that the late Ftoi had received medication and was checked upon by the nurse every day, while the AHC observers found that according to relevant log books, Ftoi was only checked on May 15, at 15:00. We wish to highlight the fact that the checkup was not conducted by a medical doctor due to the lack of such a position in the staffing pattern of the commissariat. AHC observers also noticed that on the day that the late Ftoi had passed away, there was a mismatch between the shift transfer register and the accompanying letter to the Korça Judicial District Court. Concretely, the shift transfer register on May 17, from 6:00 until 7:45 (am) when the shifts had changed, the condition of all detainees and arrestees appeared normal and without problems. Meanwhile, the letter to the Korça Judicial District Court by the commissariat noted that citizen Enea Ftoi had passed away at 07:30, of May 17, 2018. Furthermore, the contacted personnel were not able to provide information on the conditions and circumstances in which the death of the citizen had occurred.  It was also noticed that the family members had not been contacted by telephone (although authorities had their phone numbers) regarding the death of Enea and they had only become aware when they had appeared in court for the session where the security measure would be assessed. Commissariat staff admitted that they had not been able to notify them on time.
Based on the meetings in the Korça hospital with relevant personnel, we did not receive any information with the argument that the case was being followed by the prosecution office and the autopsy results would be made known after 21 days. Based on contact with personnel in the Korça Judicial District Prosecution Office, we were not able to have a meeting with the case prosecutor with the argument that the case was under investigation. Based on contact with forensic doctor Dr. Gjergji Kacauni, we were told that no information could be provided on the autopsy results and whether the autopsy had been concluded, with the argument that such information was an investigation secrecy.

The Albanian Helsinki Committee expresses its condolences to the family members of the victim. AHC suggests to criminal prosecution bodies to investigate the case in a full, comprehensive and objective manner, particularly given that the death of the victim took place in the premises of the police commissariat, 3 days after his flagrant arrest. Beside the above, AHC suggests to the prosecution office to verify all claims raised by family members and the cause for failure to notify the family members about the death of Enea Ftoi. 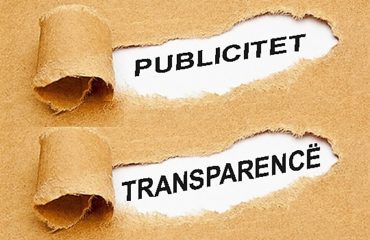